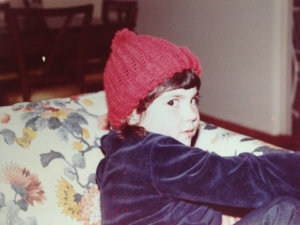 Say hello to the most delicious Albondigas Soup Recipe…

When I get sick, the only thing I can think about is Phil Donahue and soup.  It’s true. As a child, when I would get sick, my mom (who was a working, single parent), would take me to my Nana and Papa’s house, where I would rest and be treated like a royal queen. (It paid to be the only grandchild). On these days, I can vividly remember getting wheat thins from this ginormous pantry that always smelled like red wine vinegar, the uber 70’s wallpaper in the kitchen, watching Phil Donahue in the afternoons, and Nana making me chicken noodle soup from scratch BUT with her secret weapon: A packet of Lipton’s Chicken Noodle Soup added in. Let’s just say that some traditions have been passed down in the recipe department. (Read: You’re welcome for this).

Now as an adult, I’m the working parent and married to another equally busy human. This means when I get sick, there’s no lounging with wheat thins and watching trashy talk shows while a jewish woman attends to my every need. While I do my best to lay low and and let my own jewish forces take hold, I also still have to work and feed my family and myself! There are many local delis that make great chicken noodle soup, but in my opinion, nothing tastes better or feeds your soul more than homemade soup.

So yesterday, I mustered up the energy to make a homemade soup recipe that I got from my dear friend Ashley. Albondigas is hardly your traditional chicken noodle-cure a cold soup, but it’s incredibly delicious, packed with veggies and protein, ridiculously easy to make and since Peter and Jonah love it: It’s a new go-to!

Start by chopping 1 cup of celery, 2 cups of carrots, and 1 onion diced. Do yourself a favor, especially if you’re sick, go to Trader Joes. By the already diced onion in a bag. It’s equivalent to 1 1/2 onions. So I use almost all of it and save the rest for something else later in the week. 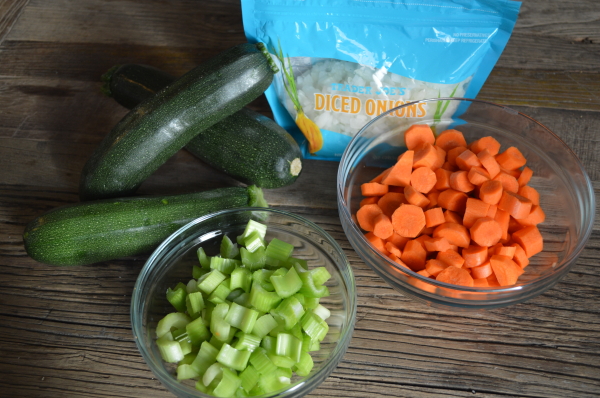 I have this thing that every meal needs some sort of green veggie too, so I also add 3 chopped up zucchinis. Not only do J and P love this veggie and they’re still in season, but I feel like with this soup, the give it a heartiness and make it a really well-rounded and complete meal. 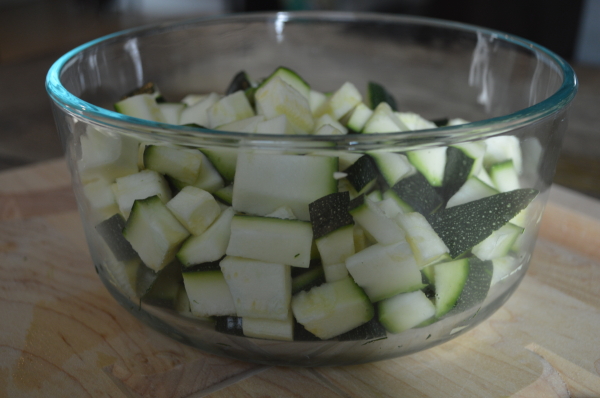 Before bringing 2 quarts of water to a boil (by the way, I use about 3 quarts), I like to sauté the veggies with a little olive oil, salt, pepper and garlic powder. The recipe also calls for 1 cup of sliced or shredded cabbage (also a wonderfully pre-packaged gem from Trader Joes). I added it to the sauté and let it cook for a few minutes until the onions were translucent. 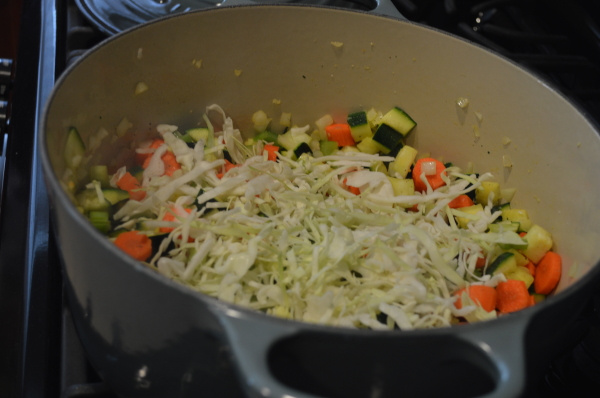 Meanwhile, time to get started on the meat-a-balls as Jonah calls it. You need 1 lb of ground meat. I used a lean beef this time but have used ground turkey in the past. Both are delicious. You’ll need an egg and 1 cup of cooked white rice. I had a bag of frozen jasmine rice which I used. Easy. You’ll add salt, pepper, garlic salt, and a little cayenne to the mix. 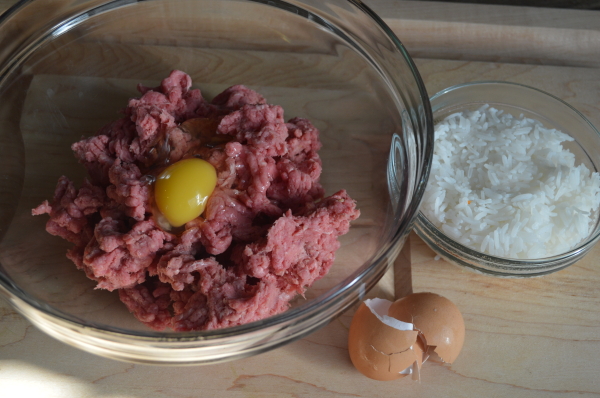 The size of the balls is all to your liking… 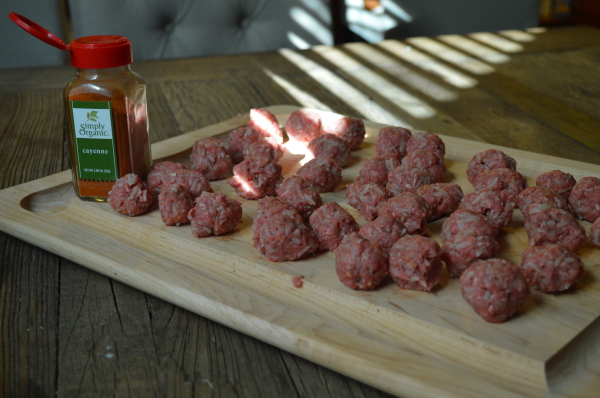 Once your veggie soup mix is boiling, you’ll want to add 6 chicken bouillon cubes, a 28 oz can of diced tomatoes (with juice!), and if you want, 1 cup of pinto beans (without juice). I let all the ingredients boil together for another minute or two and then I add the balls. *Note, I ended up added more pepper and a dash of cayenne before I added the meatballs. The tomatoes added a lot of salt to the soup so make sure you taste and season accordingly* 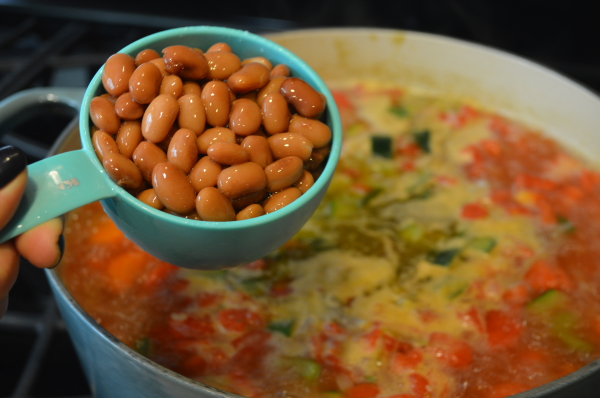 Add the balls to the boiling soup and bring to a simmer for 35-45 minutes. 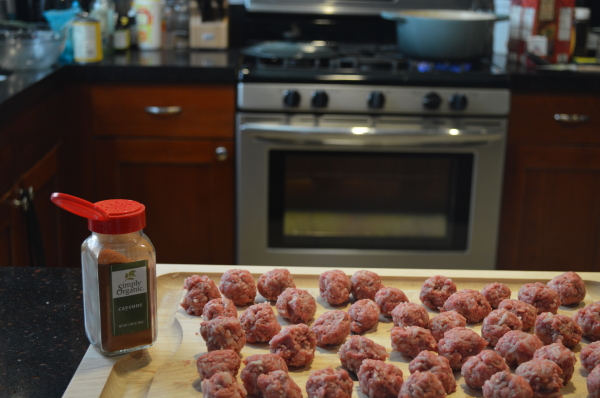 Serve hot. If you  feel like it needs something with it, you can pop some corn tortillas in the oven to make your own chips. Or I usually just make some extra rice that they add to their soup (Jonah even puts just the meatballs and veggies on the rice without the liquid). Sometimes Jonah likes to add a little sour cream to it too to give it a creamy consistency. Me: I like it plain and perfect. 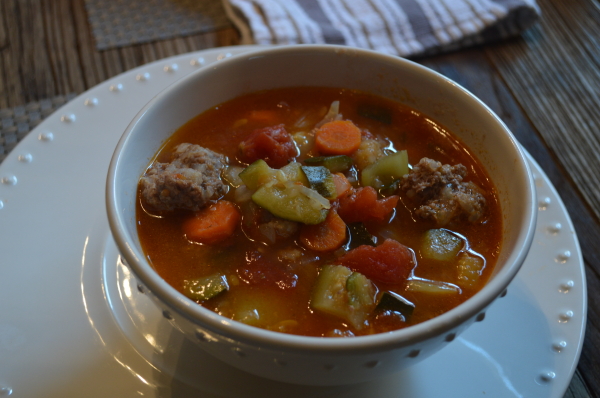 Enjoy! It’s even better the next day…. 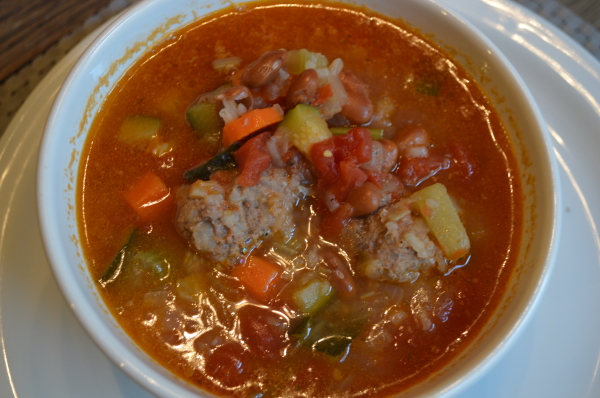 Mix together to form meatballs.

Put all ingredients into large pot and bring to a boil.** Add meatballs to boiling mixture, reduce heat to simmer and cook for 35-45mins.

**I sautéed onions, carrots, celery, zucchini, and cabbage with olive oil, salt & pepper first before I added the water. Once water boiling, I added bouillon cubes, tomatoes and beans. Let boil for a few more minutes then add meatballs.