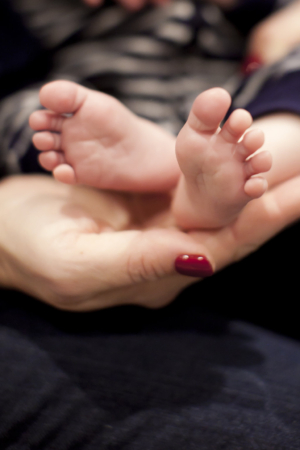 I have been sitting on this post for a long time. But because of the sensitive topic, and because I could not tolerate anyone casting any judgment but that of love and understanding, I have kept it private. But with just 7 days until the election, I can no longer contain it.

Lately I’ve been thinking a lot about my childhood and trying to remember at what point I learned what certain words meant… As a mom to a 9-year old boy, it’s hard for me to remember what I knew at his age and what I may have known just by virtue of being a girl/daughter to a single mom during the days of Dynasty and Dallas… when there was no such thing as DVR to shield me from one television while my mom drooled over Bobby Ewing.

But then there’s the election. While some may think there’s too much vulgarity for a 9 year old to handle, I feel strongly that, put in the right context, this is a valuable opportunity to talk about our world and our personal values… to make things that sound scary less scary without sugar coating what is happening. But also, um, he can read.

One morning as we were getting ready for school, I flipped on the Today Show and there it was, the headline: Donald Trump: “Women Deserve ‘Some Form of Punishment’ For Abortion.”

“Mom, what’s an abortion?” He asks, saying it correctly. My mind quickly races. Shit. Shit. Shit. Do I answer? I can’t answer. This is too much. This is inappropriate. Shit. No. I have to answer. I will not lie to my child. One day he’s going to watch Dirty Dancing and that scene and that is not what happens. That’s not what abortion really looks like.

“It’s a medical procedure to end a pregnancy.”

“Why would you want to end a pregnancy?”

“If something is wrong with the baby or the mommy. Like really wrong.”

“But when does that happen?” he asked concerned

“Honey, it happens very early in the pregnancy. When a baby isn’t actually a baby. It’s a seed still, really. And the doctors determine it’s not a healthy pregnancy for the baby or the mom.”

“And Donald Trump thinks women should be punished for this?”

AND THEN HE SAID: “But shouldn’t that be up to the woman?”

YES. YES. I JUMP. I SCREAM. I HUG HIM. I tell him that yes! That is what the issue is about. There are people in the government that think they need to make decisions about a woman’s body, while others, like me, believe no one has the right to tell me what to do with my body

I immediately follow up this conversation with a reminder that while I have told him about this, he may NOT, I repeat, may NOT go and discuss this with any of his friends. Much like the “where do babies come from” conversation that we had over the summer prior to his brother, this topic is 100% percent not appropriate for the playground.

“I already forgot what it was,” he says.

In August of 2014, at 13 weeks pregnant, we found out that our baby was positive for Trisomy 13, a rare, horrible, and ultimately fatal chromosomal abnormality. Blood tests and an extensive ultrasound with a perinatologist concluded that this was an extremely abnormal pregnancy, even by Trisomy 13 standards.

“Abnormally thick nuchal fold, brain malformed, extra digits on the hands and feet, issues with the bladder, malformed heart…Shall I continue?” the doctor asked gently as he held the ultrasound wand to my belly, where we could see this baby, alive but so very sick, moving around.

Peter and I sobbed. This was the worst most horrible thing you can ever imagine hearing and seeing at the same time.

Peter asked, “Is there any chance? Maybe something can change? Maybe we should get a second opinion?”

“I am so very sorry. It is without question that this baby will die in utero and/or die within hours to days after being born. Again, if it can make it.”

My plan was to tell Jonah, and the rest of the world, that we were having a baby and that he was going to be a big brother after we left this appointment. Heartbreaking doesn’t even begin to describe the disappointment I felt for the dream I never got to fulfill.

Two days later, Peter and I walked into the maternity and delivery ward for a D&C at the very same hospital, in the very same surgical area where I delivered Jonah and where I would deliver Oliver one year later. Here we were, watching pregnant women waddling in to go deliver a baby while anxious daddies schlepped in their pillows, sitting amongst families waiting for their niece or nephew or grandbaby to arrive with balloons and welcome signs… It was absolute torture. Still. Pregnant. Feeling. Pregnant. But there would be no congratulating, texts, or posts to announce this. It would just be over. And I would be empty.

Many people think of abortion as a binary outcome of either medically necessary to save the life of the mother or pure evil to end a life. The truth, however, is that so many of us exist in this horrible and twisted space in between, where we both desperately want the pregnancy to continue and also know that we can’t possibly let it continue because of forces beyond our control. It’s a stunning contradiction to consider.

Our best possible scenario was carrying to term and having the baby die within a few days. That was assuming that the baby had remotely normal brain formation (it didn’t). That was also assuming the heart could continue to develop (it couldn’t). Additionally, spinal cord development would have had to continue (it wasn’t continuing). You might say this left us with no choice. Here’s the kicker though: It wasn’t considered a medical necessity to terminate this pregnancy. Therefore, I had to “want” to end a totally unhealthy and doomed pregnancy. It wasn’t medically necessary but I also didn’t want to choose to end it…I fall, like many women, in to the big fat GRAY area of this political debate…I’m in the space between.

In fact, I had to go to another doctor other than my own OB/Gyn to perform the D&C because I was “too far along”. Not only did the doctor performing the procedure have to stop at the end of the pre-op appointment to look at a form and then at me to ask, “Are you electing to have this surgery performed?” but we were also then forced to explain to our insurance company about “wanting” to end the pregnancy even though it wasn’t “medically necessary.” And if justifying this to a nameless agent at an insurance company isn’t horrible as it is, the bill that you get in the mail after for this is really the part where you feel like you’ve been punched in the gut… Or maybe it’s the part when you wake up the next day with a notification from a pregnancy app about what size the baby (that’s no longer there), is today. Today your baby is the size of a pea pod! Or the names that you started to dream about that get put on hold, or forgotten… because they were for that baby. Or maybe the gut punch is the fact that we never knew if we were having a boy or a girl, because it would have been too hard to know.

I wish I knew. I think it was a girl.

See, my body, MY BODY, was in the middle of doing something. At 13 weeks, my body was working hard to create a human. My blood had doubled in volume and every organ in my body was working double time to carry and create a perfect human being. But it was not just a little “imperfect,” it was IMPROBABLE. It was not healthy and it was not life. For us it wasn’t a choice. Would this put me in the category of women that should be “punished”?

And this is the thing. The thing that politicians, especially men, have to stop doing. Please stop standing up and making these horribly generic and antiquated assumptions about abortions, as if every woman ends a pregnancy because it’s unwanted or because her life is in danger. Politicians, particularly the ones that categorize themselves as “pro-life” talk about abortion as if it should only apply to women who have been raped or when it’s medically necessary.

I was neither of those. I wasn’t going to die and I certainly and desperately wanted this baby and did everything in my power to give my body and baby the healthiest 13 weeks possible.

But I am in the gray area. I am a woman whose circumstance is NEVER considered during these “right to life” debates.

Speaking of right to life, let’s talk about what kind of trauma my living son would have to endure if I were forced to carry a baby until it either died inside of me or died after birth. How is that fair? Not to mention, the burden it would have placed on our family financially… Don’t even get me started on the hypocrisy this ridiculous movement to ban “non-medically necessary” abortions like this one creates for taxes.

But still… Two years and one beautiful baby later, not a day goes by that I don’t think about what could have been. It will always be painful, there will always be an emptiness that exists as a result of my “choice” to end a pregnancy where it “wasn’t medically necessary.” I will always live in the space between. But on November 8th, there will be some sense of relief if Hillary Clinton is elected as President. There will be some sense of relief knowing that my right to choose, (or not choose depending on how you see it) will remain protected… because it never, ever needs defending.

In the meantime, I truly can’t wait until the election is over and we can get back to the easier questions like when will he get his own iPhone, and why is the sky blue, and When. Are. We. Getting. A. DOG?! 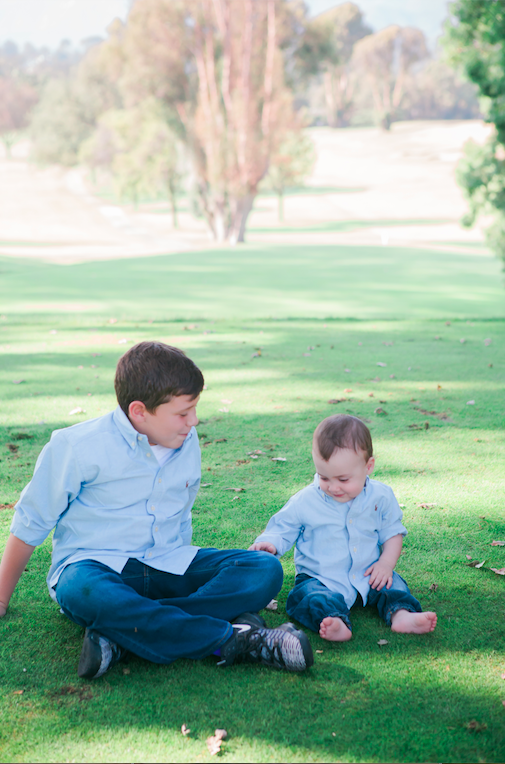