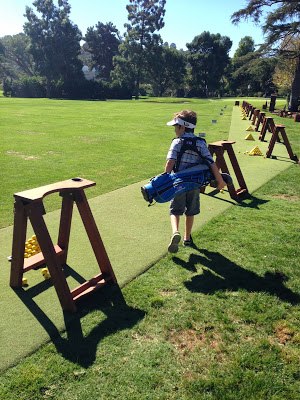 It occurred to me the other day that there are two very important things my son does, that are not only crucial to being a functional and independent human, but that as a parent I can take very little credit for:

Sure… Right before Jonah turned 2, in hopes that he would just be naturally drawn to potty training, I bought a little potty that lit up and sang if “the goods” hit the bowl. In truth… Other than becoming a receptacle for Curious George stickers and thick strands of black hair during my (weekly) blowout session (it’s the best I can do, people), this potty was of little use. In fact, there wasn’t a whole lot of “training” that went on. Honestly, it just kind of happened. Obviously, we did a few things here and there to encourage the process (i.e.  The Cheery“Who wants M&Ms for breakfast?!” Dance, or The “Let’s Pee Pee on Cheerios” Game), but if I’m being honest with myself (and/or have just completely erased all of the early potty years of misery from my memory), I’m fairly certain the “training”part happened at daycare and preschool. Bottom line, now he goes without any issue. So however it happened, let’s just be grateful.

First of all, let me just say that Redshirting was the single most important (right) decision we ever made. Without question, waiting a year to start him in Kindergarten was a huge gift and one of the reasons I think he’s thriving so much at school right now. In addition to the fact that his teacher is amazing and Snow White reincarnated (that for another time), the fact that he’s at a public school where the state standards are enforced, in my opinion, is also a huge gift. He’s reading and writing, adding and subtracting. And we are less than 2 months into school. The point is, as much reading (and talking) as *I* have done to/with Jonah throughout his life, I had nothing to do with the actual part of TEACHING him how to do it. Kind of like going on the potty, I’d say the bulk of his ability to read and write did not happen on my dime.

As a parent, it’s easy to get caught up in the guilt about what you’re doing or not doing, and let the “it’s all my fault” snowball swell. (After all, this blog is sort of dedicated to that).  But as Jonah gets older, and I get a little less hard on myself (note: OGAP is going better than expected), I’m finding that I’m just happy he is HAPPY. He’s a happy boy who has everything he needs and then some. My parenting tactics can always be improved upon and his behavior can always be modified. But for now, this week, that is, I’ve noticed that whatever we’ve done SO FAR ain’t bad. Because of us, there are a lot of things this kid does really well.

He knows the importance about being kind.
He believes in God and thinks deeply about his religion.
He isn’t afraid of a single roller coaster or ride.
He can tell a good joke.
He cares deeply about the Dodgers, and whoever else his dad or Peter is rooting for.
He loves sushi.
He has a deep interest in Volcanoes and Yellowstone National Park. (Both of which he’s’ never seen in person.)
He understands sarcasm.
He likes “spooky stories” and requests they all start with “It was a dark and stormy night…”
He never shies away from a good cuddle.
He knows what it’s like to live through an emergency and is reflective and grateful for his safety.
He thinks I’m the funniest mom in the entire world. “Even more funny than Hannah’s mom. And she’s pretty funny.”

He is THIS because of us. THIS we can take credit for.

On a different note, Jonah’s been saying, “What up, Yo?” a lot lately. I can tell you right now, that is absolutely NOT my fault. Totally blaming this on someone else. Like, for reals yo.

I SHOULD KNOW MORE