The 5 Emotions of Sleep Training: A Love Story 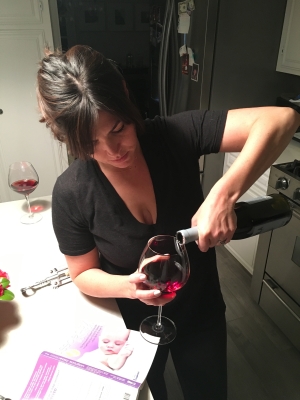 The 5 Emotions of Sleep Training

When Jonah was 5 months old, I had probably already read 468 books about baby development. From what to expect each minute of his precious life to breastfeeding because formula is the boogeyman, I was well versed in all things babyhood. Except sleep. Well that’s not true. I knew WHAT to do. I just didn’t do it.

But I was 31. And 31 year olds can go without sleep more than almost 40 year old’s can. “And I’m going to be 40… When? Someday…” (By the way, if you don’t get that reference than you’re definitely too young to be reading this). Anyway, I’ve been feeling really lousy about the fact that I’m turning 40 this year. But as an attempt to stay in the “I forgive myself funzone,” I’m trying to remind myself that I didn’t choose 1976, it chose me. And apparently the Chinese New Year is going to be good for Dragons. So hooray for Year of the Monkey and me. BUT I SERIOUSLY DIGRESS…

Sleep. So Jonah never has been a good sleeper but I always thought there may be hope for my second child. Yah, not so much. Turns out baby number two needs some intervention too. However, baby number two’s mommy gave away all her books on all things baby because she thought she had that shit down… Like I said, yah not so much. Well, let’s just say, thank god for the google and friends with babies who were able to come through with the book stat.

When I sleep trained Jonah (and I did it at like 13 months which was obviously waaaay too late in the game), I literally prepped and planned for DAYS in advance. For Oliver, we had oh, about 14 minutes before it was “go” time. Peter walked in the door and suddenly I was like the Joanna Hoffman to his Steve Jobs. With the baby in my hands in place of a clipboard, we moved through the house and without missing a beat, I gave him the Sorkin-esqued rundown of what the next 20 minutes were going to be and how he should do it.

Peter listened attentively between undoing his tie and cooing at the baby and at 7pm, he/we did what we should have done months ago (what I certainly should have done 8 years ago): put the baby down, say night night and GO.
Then the crying started… While the crying wasn’t nearly as torturous as the cries he let out while he was in the hospital for surgery, we still went through the gamut of emotions. As soon as Peter came out of the room (oh, you didn’t think I was going to do the dirty work, did you??), it went a little something like this:

#1 FEAR: What if he cries all night? What if this doesn’t work? What if the Mexican food delivery guy rings the doorbell and he wakes the baby up right after he’s soothed himself to sleep? Also, what if the Mexican food delivery guy got my order wrong? (My food getting f***ed up neuroses I’ll save for another post). In order to divert my panic, I started to do laundry and then suggested for Peter to open the wine.

#2 CONFIDENCE: We opened the bottle, took a few sips and on cue, the cries started to quiet down. Oh hell yeah! We have the best baby in the WORLD and it’s all because WE are such amazing parents. This shit is easy peasy. Pass the guac, bit— 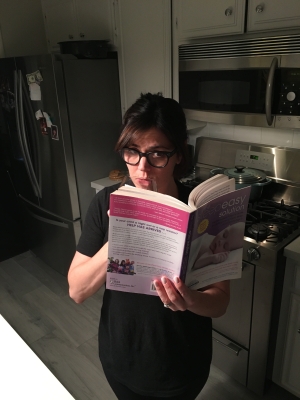 #3 CONFUSION (and Slight Anger): Was there something we did wrong? Did I read the wrong section in this book??? OH DEAR GOD, I’m sleep training a 12 month old instead of a 5 month old! I double check the book and do a back up scan on old Google. Nope. We’re doing it right. CRAP. Oh… I know. Peter’s voice was like way too loud when he went in at the 5 minute mark. He practically yelled at Oliver that Mommy and Daddy loved him. Yup, that was it. Peter’s voice. Phew. It wasn’t me. (It never is). I don’t say this to Peter, of course. I mean, why start a fight? Plus, baby may have stopped crying for good, we have the WHOLE NIGHT AHEAD OF US.

#4 ELATION:  THE WHOLE NIGHT AHEAD OF US??! Omg. Like real adults?? A whole night? Suddenly the world was our oyster. I think we literally started waltzing in the kitchen. Television, sure! Let’s start something new! OOOOH, maybe we’ll watch something new AND I can get Peter into Downton Abbey. Because life is SOOOO good! OH the places we’ll go… OMG, a vacation! We should book a vacation! We can go anywhere because our son is a SLEEPER!

#5 EXHAUSTION: Sleep training is somewhat manageable at 7pm because I have guacamole and Pinterest and Peter. Oh thank god for Peter. But at 5:30am, sleep training suuuuucks. And the book says… Oh whatever. You don’t care what the book says. But let’s just say we followed it… but it wasn’t without a little bit of pain, tears (mine, not his), and a Venti Bold drip.

Well, tonight is night two… he cried for 31 minutes on the front end. I think this may have been the wrong week to give up sugar and gluten. I’m adding another emotion to this list: #HUNGRY.

Beyond the “Where Do Babies Come From”