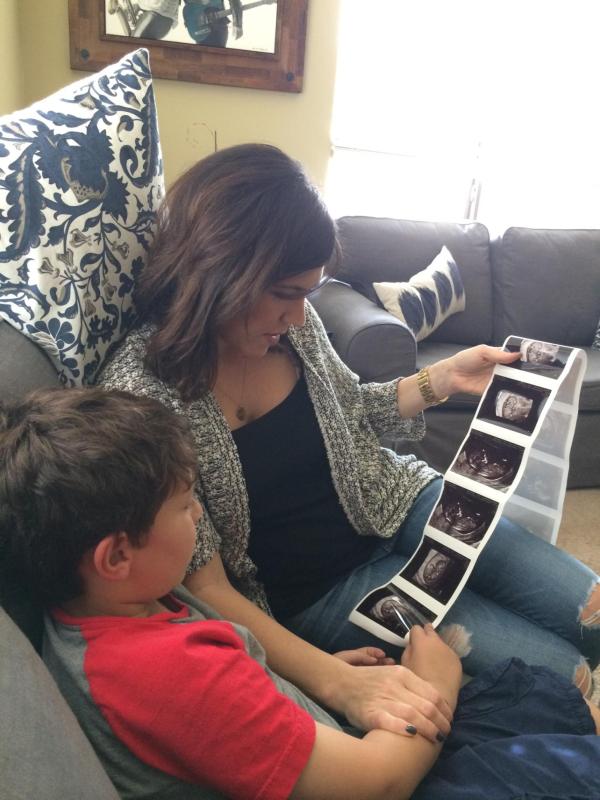 When my doctor called and said she had the results from the DNA Test– a test that is done at 10 weeks that detects chromosomal abnormalities like trisomies 21, 13, 18; and various micro deletions, I had to brace myself. We had experienced a loss in August at j13 1/2 weeks, (a loss that frankly, I don’t know when or if I will be able to write about) and the thought of going through it again, was just… unbearable. But thankfully, luckily, beautifully, the doctor called with news that I could cry happy tears to: “Everything is normal!”

After 7 months of heartbreak, I took my first breath.

“Do you want to know the sex?”

The sun was beaming down as I paced our walkway. “Ah! I think we’re going to wait. Can you write it down?”

That was the plan. We were going to wait. Maybe until the end, maybe for a few weeks. But that day, the plan was just to get the news that everything was “normal.” The sex hardly seemed to matter.

Two seconds later, I called Peter and told him the great news. We were both finally breathing. “Did you find out the sex?”

And that was that. Surprise. Waiting. It didn’t matter. We were too excited for any of it. So I called my doctor back and found out…. “It’s a….”

The sun beamed down even more. This might have been the most beautiful day in March I’d ever seen.

But I couldn’t tell him over text! I had to tell him in person… Even though he had to be back on the other side of town for his MBA program (at night), he drove home (in rush hour traffic) for 10 minutes to receive the best news I could ever deliver… I read him this note:

Yes. A boy. Another boy and a house full of boys. Thrilled is an understatement.

The next step: Telling Jonah.

He didn’t even know I was pregnant! Well… that’s not entirely true. A few weeks before we actually told him, he TOTALLY sensed it. Twice he stopped me in the kitchen and said, “Mom, don’t be offended but your belly… it’s wow. It’s so big.” I completely blushed and stammered.

Not believing whatever weird story I tried to make up and distract him with, he put his head to my belly and said, “Let me listen for a heartbeat.”

But finally, it was time time to tell him…. We never told when I was pregnant last summer, which was a part of the sadness that I couldn’t let go. So being able to share this good news was something I was anxiously waiting for… Telling Jonah felt like everything.

And it was. Telling Jonah that he was going to be a big brother might have been one of the top five best moments of my life. Truly.

Since Peter’s birthday was a few days away, we decided we’d have our family over for a bday/gender reveal celebration. We wanted Jonah to be in on the surprise so we told him the sex (um, do I even need to tell you how excited he is for a brother? He’s already declared his brother’s first word will be “fart.” Hello, happy.) So we swore him to secrecy and the fun began: “Mommy, we need to come up with a name!”

I ordered a vanilla cake with blue buttercream frosting on the inside from Susie Cakes. On the outside, I had them write “He or She, What Will it Be?”

I bought a bunch of balloons in pink and blue… When everyone walked in, they sort of freaked: Are you having twins??!?! Oy. NO! 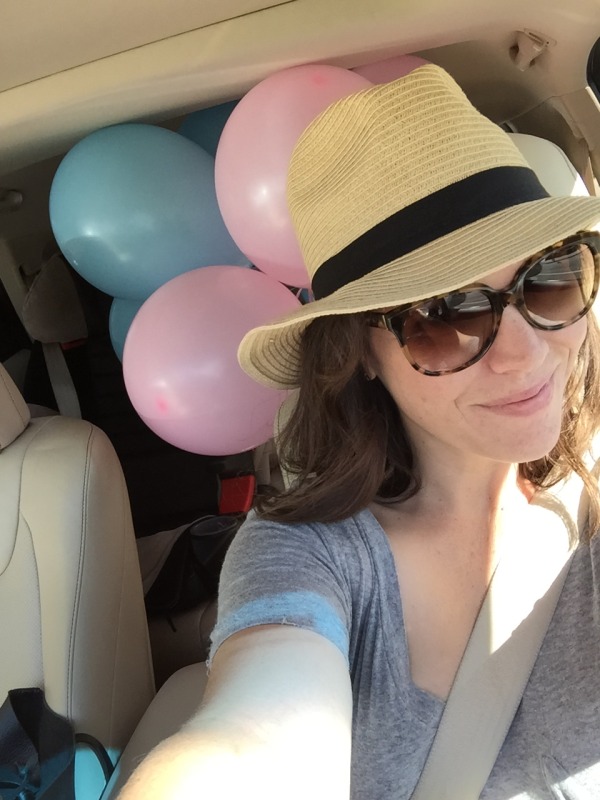 Then it came time to cut the cake…. 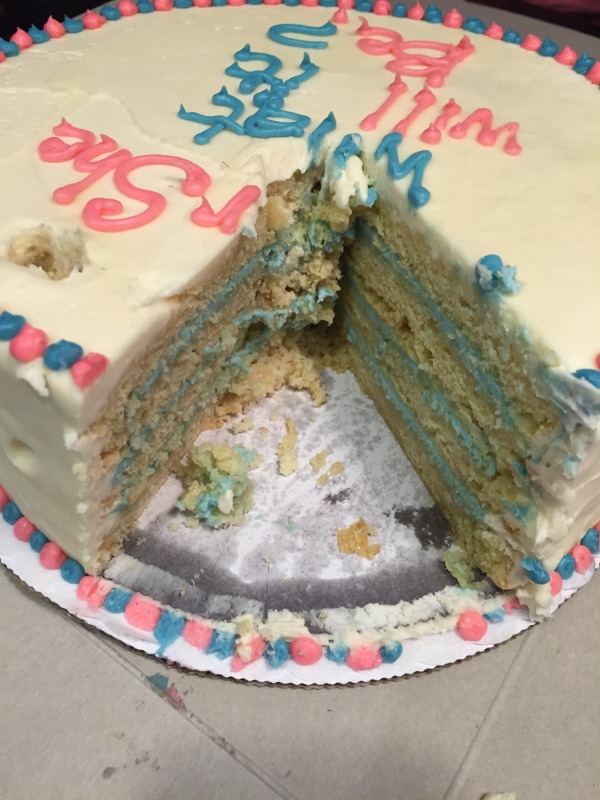 Everyone was so excited they couldn’t stand it! Below is a video from that evening… I love everything about it… The energy, the suggestions, the noise, the laughter, the quintessential Jewish mothers bursting with happiness… This 100% our family. And I love every (blue) bit of it!

FILED UNDER: A Little Life, Food & Entertaining
TELL THE WORLD!

Beyond the “Where Do Babies Come From”