eBay: Summertime Toys for the Boy… and For Me! 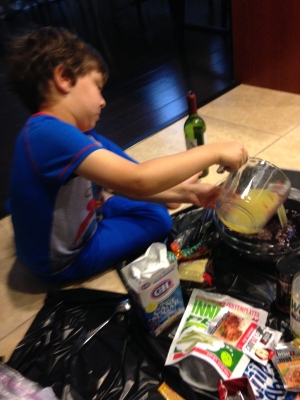 When Jonah was about 3-years old, I came up with a great idea one Sunday morning. It was about 9:30 in the morning and after being up at 6am, reading, watching a little television, playing with some of his toys, doing an art project, making pancakes and eating them, I was at a loss. The kid needed MORE.

“What should we do nooooow, Mommy?”

I probably should have dug deeper into the bag of good parenting, and encouraged some individual play then– play that didn’t require me to bring in the circus and jazz him for hours— but alas, that awesome mom guilt (which is totally worse when you’re single, I think), set in.

“Yep, a pie made of spices and milk and oil and old pretzels… It’ll be a very special pie and you can do ALL of the cooking…. and I can get rid of old things!”

It was a win win situation. I pulled out expired or stale boxes of crackers, chocolate chips, spice bottles that have less than a tbs left… olive oil that had gone bad, sugar, old tubes of frosting from holiday cookies… you name it. From the fridge we took half open bottles of wine, soy sauce, and even… one good egg. I let him pour it in a cake pan, whisk it, mush it, watch it bubble, smell the smells, and when my kitchen was organized and no longer cluttered with spices that were from 1994, we put the  pie “in the oven.”  Didn’t turn it on of course, but we put it in and “let it rise” for 2 hours.

The fun part was 2 days later when I went to use said oven and forgot about the pie.

Nearly 4 years later, at about 8:10 in the morning and after doing about 45 different things and wanting to know “what is next, mom?” he suggested we make a pie. So we did.

But the party did not stop there. You see, as fun as it is to make pretzel crumble using our feet (see photo), making pies at age 6 1/2 also only lasts so long. It was only 9:30am by the time we finished cleaning up….

Well, luckily for my guy, I not only had just gotten home from a two week vacation (without him) and my guilt for being gone was raring, BUT I am an eBay Influencer… and I had just gotten an awesome assignment: Shop the Toys R Us Store through eBay.com.  Meaning: Buy my son a toy- ANY TOY- and — wait for it– pick it up at a local store the same day.

I think his head nearly exploded when I told him what are next mission was after the pie making morning.

We sat down and talked about some of the things he wanted to do and play with during the summer. We both agreed it had to be 1) Fun 2) Educational (or at least require some portion of his brain) 3) Something that he could do by himself and 4) Something that would take A LOT of time (I added that one).  I loved how easy it was to navigate through the store and search through categories like Outdoor Play, Learning, and Arts and Crafts. 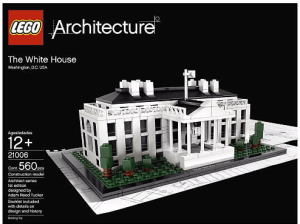 After pointing out a lot of things he wants, neeeeeds, HAS TO HAVE NOW, we decided on a the Legos Architecture Series of The White House. This 560 piece bad boy will take him forever (bwwaaah haaa haa)! But really, I love that it comes with a booklet and some history about the White House, the architecture and Presidents.

We selected “local store pick up” at check out and all the stores in our area with the toy in stock popped up.

Just a few hours later, we marched in to Toys R Us, read them our confirmation number and a fairy appeared with White House Legos in a flash.

Just a few hours after that, we were sprawled out over his bedroom floor, assembling the desk in the oval office and NOT talking about what we were going to do next. AHH, I love Legos.

Check out my Top Toys for a Summer of Learning and Fun collection and be sure to visit this Toys R Us store on eBay this summer for cool toys and activities, to keep you busy all summer long!

Father’s Day Gifts for My Golfing Guy with #eBayDad

Must Have Pool and Beach Supplies from CVS