GET DOWN ON IT 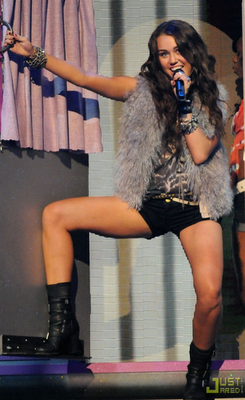 So…. you know how I tried that whole “go to your room and spew obscenities” thing a couple weeks back? Well, yeah… So it worked. For a brief period… For a few days, I went without hearing my little 38 pound mad scientist/dictator grunt his favorite one word: “fuckit.” When he needed to get out the “dammits” and the “assholes,” he fled to his room for some quality-tourrettes- alone-time and re-emerged relieved and ready to talk about worldly and important things like how we need to start bringing money to school because they’re trying to help “the poor HOPEless people” or how in heaven WE (me and him) will “share a big, big house and God will taaaaalk. toooo. US. LIIIIIKE. THIIIIIIIS.” While they haven’t necessarily explained that we (Jews) don’t entirely believe in heaven, I’m thinking that at least his Jewish Preschool is teaching the kids from an early age the importance of giving back and that they shouldn’t, OY, god forbid forget about they’re mothers. Clearly, guilt, like writing, is a learned skill. And if he’s to be a dahctah, he should learn everything he can… NO? But I digress…
Okay, so this language issue/obsession, for a moment in time, seemed quelled. (Not withstanding our current battle over the word “stupid,” which he thinks his hilarious despite my attempt to Westside parent his ass about how utterly tragic it would be to be a “stupid person, who essentially has a BROKEN BRAIN….”) I’ve realized, however, I may have a bigger battle on the horizon (Dear God, I think I just quoted the last line in his Transformers book): MUSIC.
While a 4-year old calling everyone and everything “stupid” is nothing to brag about, having your child bust out a little dance move and sing “You sexy and you KNOW it!” does not entitle you to mother of the year award either. OBVIOUSLY, he hears these provocative and (entirely inappropriate) songs while driving with adults… So it’s not entirely his fault for being the sponge that he is. But here’s the thing: There’s actually nothing we can listen to on the radio that’s appropriate. Turn on any station. Right now, someone is either putting their back into IT, shaking IT, getting down on IT, or making someone sweat from IT. There’s even a lovely little ditty in which the singer tells a “honey” they look better with the lights off. (That one’s a real gem).
In thinking about wanting to set a good example, I’ve tried in the past few days to redirect his attention to some of the music he used to enjoy like Mary Poppins, Wizard of Oz, and his rabbinical all time favorite, Siman Tov. (For those of you familiar with the ultimate Bar Mitzvah or Jewish Wedding song, imagine that on a loop for 45 minutes. GUN. TO. HEAD.) I even turned to my XM Disney Kids station in hopes that we could be saved. What song came up? Miley Cyrus’ “Party in the USA.” (Oh, yeah, ‘cuz “moving your hips like ‘yeaaaaaaaah'” sets a great fucking example. Literally).
I don’t know. Call me crazy, but I think I’m going to give up on this issue entirely until I figure out the best course of action for this language and vocabulary battle we continue to have. Actually, call me STUPID. Because when it comes to this parenting issue: My. brain. is. BROKEN.
HELP!

Bathroom Talk: The Gift That Keeps on Giving