As best as I can, I will try to not make this another blog post about poop. I will say, however, I’m starting to think that Jonah’s constant potty talk isn’t just impart to his age. But rather, much like Degas’ fascination with ballet dancers, there is an underlying theme to my young artist’s budding imagination and visions. Perhaps his bowel movements, or lack thereof, are on his mind, as much as they’re on mine….

Take these series of drawings if you will…. 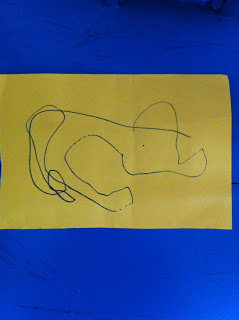 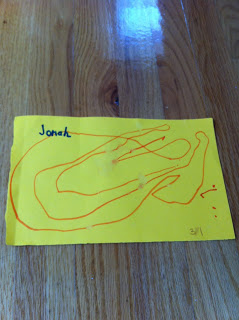 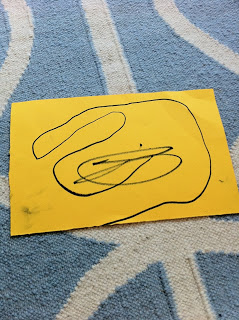 When asked what he was drawing, he said matter of factly, “They are squiggly circles.”
And then I saw this picture, drawn at school and dictated to one of the teachers. 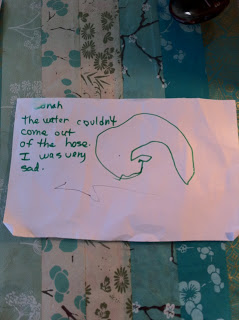