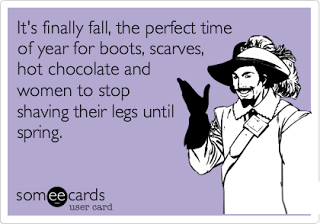 I had these boots. Er… I still have them. But they are gone, really. Something happened between last May and now and I don’t even know who they are anymore. And frankly, without them, I’m a little lost.
OKAY, fine. Am I being dramatic? Maybe. But seriously, when I tell you I lived in these boots, I am not lying.
Meet my Steve Madden riding boots. Purchased, oh… I’d say sometime in 2008. for about … oh… $118 bucks… maybe. These were (up until yesterday) the kind of boots that got attention. Simple, black and totally nothing special, I am telling you, every. single. time. I wore them I would get stopped… “”Where did you get those boots? I love them.”
“These old thiiiiings??? Oh, I’ve had them for years.” Revealing they were Steve Madden was like telling someone your adorable blazer is from Target… which inevitable garners the  “Omg, So cute, who knew?!” reaction.
Little did anyone know, that these boots had probably been repaired and resoled, oh, maybe 4 times (thereby costing five times more than their original price)… But it didn’t matter. And frankly, I would have continued to resole forever. For no boot fit me like this. I thought we’d be together forever.
We took trips to the beach (I’m squatting, but trust me. I’m wearing them).

We dressed up like characters. (Guess which one is meeeeeeeeeee!) 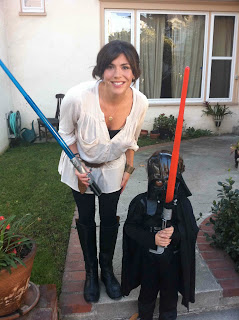 But then it happened. While packing for my trip to Chicago with Lifetime Moms for the Mom 2 Moms Conference, I pulled my boots out… because, duh. Unlike the 98 degrees outside my apartment, it IS Fall in Chicago. And Fall means boots. And boots mean these. 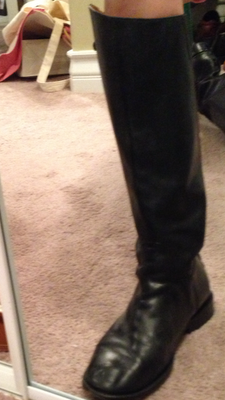 I try them on.
I look in the mirror.
I’m baffled.
Something is off.
They look strange.
They look different.
It’s feeling very “when good times go bad”ish and my once “everything, everywhere, everyone” boot looks dated.
WHAT HAPPENED???? It’s like they just stopped WORKING. Not even Tim Gunn could make it work.
When did these beloved boots go from being totally acceptable and even IN to looking like they’ve been run over by a truck carrying two tons of bad style?????
SO, what I’m getting at here is:  I NEED NEW BOOTS.  I REALLY NEED NEW BOOTS…. Where do I even begin??
Thankfully, I have a fun new pair of ankle booties I saw on Piperlime (obsessed with the recs that Olivia Palermo makes) that I brought with me…. so for the time being (here in the land of true Autumn), I’m okay.

But when I get home, and life starts again, I’m going to be lost.

What am I getting at here with all this whining? WELL, the point is, like me, there are probably many of you that are holding on to shoes or clothing that you need to say “SEE YA” to in a major way.  And though I did a wardrobe overhaul about a year and a half ago, it might be time to do it again…

What are YOU holding on to that you need to say goodbye to? What will you replace it with? Tell me!