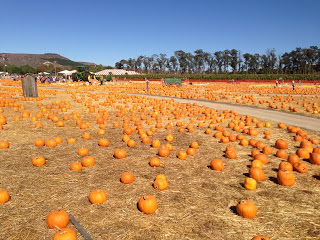 If there’s one thing I’ve discovered since I started selling on eBay just 9 short months ago, it’s that there really is no one right way. There’s no science. There’s no secret. Some things just sell and some things just don’t. It seems that the real key is timing. Like everything in life: timing is everything. And selling on eBay is certainly no exception to that rule.
For whatever reason, my timing was right on the money (no pun intended) this past month. I don’t know what came over me, but I realized I was sitting on an electronic gold mine. Old computers, old camcorders and even old iPhones, I had a ton of hot ticket eBay items that could easily make me some extra money!
First up, my iPhone 4. When I say it sold in less than 2 minutes, this is no exaggeration. I listed it with a “buy it now” of $200 and by the time I refreshed, it was sold. That was an instant high for sure. Then I listed my iPhone 3GS…. this was trickier… There were a ton of used iPhone 3GS listings ranging in price. I was tempted to take the “you have an instant offer” offer for $51 as the first two times I listed it, honestly, it did not sell. I really don’t know why- as each time I listed them I even did a starting price at $0.99! (That made me a little nervous BUT I saw that is what most of them were starting at). Eventually, good ‘ol universe timing kicked in and my listing at .99cents went up to $118! I’ll take it!
If I get the courage, I might even list my computer. The average selling price of a used, 13″ MacBook Pro in great condition is about $800. That will pretty much fun a brand NEW one. Sounds like a win, win to me!
Some other eBay Parent Panel highlights included interviews with top seller Tristen O’Brien, and high-end fashion consigners Mindy Loll and Dana Weinrot.  I am still very nervous about selling my clothes and shoes but now that I’m over what felt like an unknown in the world of selling electronics, I’ll be listing something precious soon. Maybe. I might want to hold on to my Manolo Blahniks a liiiiiiiiitle bit longer. Metal studs are back in… They say.