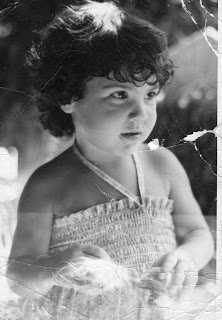 Do you ever think back about your life and assess where you are based on some of the stories you could tell?
Certainly, my life experiences must be an indication of all that I’ve accomplished, all that is good, all that keeps me hopeful… Right? You know, all those “times” that are etched in our memories that define who we are, where we’ve been and what life still has in store…?
Like the time I was 11 and on a national talk show. As a comedian. Telling jokes about Pee Wee Herman.
Or…The time I experienced a 6.0 earthquake by myself also as an 11 year old….
Or… The time I moved to New York when I was 17 and swore I’d never move back to Los Angeles again.
Or… the time I got married. And divorced.
Or… the time I got mono. And was too sick to blow out candles on my sixteenth birthday.
Or… the time I was mugged in broad daylight.
Or… the time I played my first game of “Spin the Bottle,” and when the bottle landed on me 3 times in a row, the boy spinning decided he didn’t want to play anymore. And made out with my best friend in the alley instead.
Or… the time I broke my wrist in 2nd grade on the jungle gym because, after counting to 100, this bitch of a girl wouldn’t get off. So I hit her. And missed.
Or… the time I became a homeowner.
Or… the time I decided dressing up as Monica Lewinsky on Halloween (post Clinton scandal) was a funny idea.
Or… the time I spent 10 days backpacking through Europe by myself after college.
Or… the time I flew from Chicago to Los Angeles to visit my dad by myself. At age 4.
Or… the time I won a goldfish at a carnival. Then killed it as soon as soon as I got home.
Or… The time I competed to become All Junior Varsity Champ in Track for the 2 mile, and won. Because no one else actually competed in my division.
Or… the time I saw a baby’s heart beat on an ultrasound and met Jonah….
On Sunday, September 11th, (Yes, the Sept. 11th), I will be celebrating my 35th birthday. Obviously, the past ten years have made it hard to feel happy about such a horrific and tragic day- a day that families were ripped apart. A date that will haunt all of us that watched our world fall apart forever. But the thing is, on the 11th, September 11th, I will have no choice but to celebrate. I have so very much to be grateful for. I have been blessed with such a full life. So much love. And SO much more to look forward to.
Here’s to a new chapter. A new beginning. A safe world, full of life. And a life full of rich stories….

"REDSHIRTING" and THE KINDERGARTEN CRAZE